For many, Southeast Asia is the home of street food, counterfeit brands, and the occasional military coup, but in recent years it has exploded into a region awash with innovation and forward-thinking. From this, the reality of Southeast Asia is that this part of the world has so much more to offer than what you see on the TV or movies or read about those always depressing ‘Locked Up Abroad’ memoirs.

Many of the countries in Southeast Asia are part of the ASEAN Community, that is, the Association of Southeast Asian Nations, an initiative dedicated to improving education and opportunities for Asian citizens while also improving relations between nations both near and far.

This alliance has proven to be highly fruitful for the nations involved. Over the past decade, each country has grown to become more than merely an option for Western retirees looking to live out their days on the beach. Now, there are opportunities abound for both nationals and expatriates to experience all the wonders and weirdness that Southeast Asia has to offer. The Wonders and Weirdness of Southeast Asia

Sawasdee krap is how they say hello in the Land of Smiles, the backpackers base, and the center of the Southeast Asian experience. After recovering from a financial disaster in the late nineties, Thailand has since gone on to become a powerhouse in the Asian economy.

Tourism, for one, has done a lot to increase its profile to be more than just dodgy beach bars. Now, tourists look for experiences, rather than nights they can’t remember. Instead of following the long list of wandering souls who have forgotten just who they are at the infamous Full Moon Parties, more and more are now looking into more noble excursions. One of these is elephant sanctuaries, where visitors can help feed, bathe, and play with elephants rescued from tourist traps.

The big cities of Hanoi and Ho Chi Minh City (formerly known as Saigon) may boast industry and development, but what lies between these two major stopping points is a whole other world. Some regions of this great country are still recovering from the Vietnam War, and for little doses of history is it both fascinating and humbling to visit one of the many museums that showcase the everlasting dangers of forgotten landmines dotted throughout the countryside.

Furthermore, Vietnam’s shape is ideal for going your own way. One of the best ways to see the country is to avoid commercial tourist buses and instead rent motorbikes, available in any of the large cities, and travel at your own pace down the Ho Chi Minh road to get a real idea of the wonders of Vietnam. There will be rain, there will be storms, but cresting over mountains with the wind in your hair and sun on your face is an experience that you can’t miss.

Much like ‘Nam, Cambodia’s history is also awash with the tragedies of war. Cities such as Phnom Penh host the Killing Fields, while Siem Reap is home to war museums with guided tours about the history of the Vietnam War, along with the atrocities of the Khmer Rouge. But it’s not all death and doom. Cambodia is a country of beauty. Also in Siem Reap is the famed Angkor Wat temple, a beautiful sight at sunrise (so long there are no clouds), which is surrounded by further temples that will both amaze and inspire.

Along with the mainland, coastal towns such as Sihanoukville boast calm beaches such as Otres, but with the ever-growing tide of commercialism, its natural beauty will soon be diminished in lieu of hotels and condos. Out to sea, Koh Rong and neighbouring Koh Rong Samloem can deliver postcard paradise – and not wifi distractions – in just an hour-long boat ride.

Comprised of over seventeen thousand islands, there is something for everybody in Indonesia. Bali is naturally the go-to destination for many travellers, but also to consider the surrounding Gili Islands that have everything from wild party atmospheres to more reserved chill out spots.

Another attraction of Indonesia is its myriad of jungles, in particular, Sumatra where visitors can watch orangutans sweep through branches on a daily basis. Furthermore, jungle tours through the rivers on ferryboats can give you up to a week’s worth of experiences. Many expats are now choosing to call Indonesia their home, with services like rumahdijual.com/surabaya/perumahan, which offers property to rent or buy if you find this experience-filled nation too difficult to depart forever.

The richest country in Southeast Asia, and one of the wealthiest in the world. Singapore is a different kind of Southeast Asian experience, with English being the official language, so there are no worries about getting lost in translation.

Grand buildings such as the City Hall will give a metropolitan taste to an otherwise unfamiliar world, and it is possible to have a little city break on the other side of the planet. While it might be on the more expensive side of your travelling budget, a couple of days in Singapore can still be filled with unique experiences, such as safaris, local cuisine, and much, much more.

Sharing a third of Borneo with neighbouring Brunei and found on the southern border of Thailand, Malaysia is an often overlooked nation in Southeast Asia. However, that doesn’t mean it is any less of an ideal travel destination. With everything from beaches to titanic industry in its capital Kuala Lumpur, Malaysia has a selling point for every curious traveller.

Locations such as the mind-bending reflective surface atop the mountain of Sasaran, previously unknown to anyone outside of the region, but surely soon to be infested with Western tourists searching for the perfect ‘gram picture. But this is not the only hidden gem of Malaysia. Beaches, highlands, and hills dominate the landscape and make it difficult to be bored with your surroundings, but isn’t that the whole point of travel anyway?

Located across the northern border of Thailand and connected via the Friendship Bridge, Laos is a sleeping giant for tourism. While not as jam-packed as Thailand or Vietnam, the country still holds a plethora of hidden treasures to attract all sorts.

Whether you want to explore the burgeoning capital Vientiane, or through Vang Vieng, where motorbike, caves, and lagoons reign free, along with the famous tubing experience through the Mekong or even travel further north to Luang Prabang, there is sure to be something to discover in this largely untapped market. Down south, the 4000 Islands are perfect to find whatever you might desire.

Formerly known as Burma and made famous by George Orwell’s Burmese Days, Myanmar has only just recently reopened its border to tourists. Despite a tricky visa process, once you get across the border you will see a country that is ready to grow.

All across the country you will find relics of Buddhist and Hindu histories, as well as forming part of the infamous Golden Triangle, as it borders with both Laos and Thailand, notorious for the opium trade of years gone by. Pagodas, lakes and national parks are readily available for all to see, and it is wise to get there as quickly as possible before it becomes yet another stop along the roaring tourist itinerary.

Wherever you plan on exploring during your Asian adventure, the continent has more than enough to attract and awe all sorts of travellers. For many, an excursion to Thailand and then picking and choosing from there is the best way to go, and with all these nations have to offer, it’s high time to throw the handbook out and witness the wonders and weirdness all for yourself.

Written By
Isadora
More from Isadora
PinCompartilharTwittarCompartilharCompartilhar0 Compart.Surrounded by mystery and conspirations, Vatican museums is one of the...
Read More 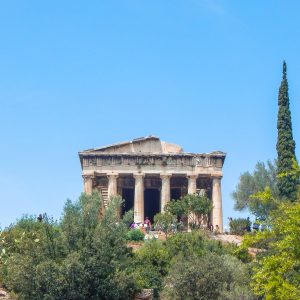