There are so many people asking me how I learned English well enough to do more than ordering food, that I decided to write something about it, perhaps I can share some tips for learning a language that might help those struggling to master a second language.

First of all, let me explain that I did not learn it by osmosis, learning language is not something easy, it is life-consuming, so you must be sure that you really want to learn it and have a good reason to do so, as it is pointless to stop in few months after realizing you are not the smart pants your mom believed you were.

You need to make sure you pick a language that you really have interest in, maybe you need it to work, or you are really into cultures that speak this language, otherwise, you will lose the key thing for learning a language: Motivation. That’s the most important thing you need to have.

Bear in mind that miracles don’t normally happen and you won’t simply wake up tomorrow speaking in full Mandarin for the surprise of your family. Nothing is impossible, but I can assure you that the chances for this are really close to something like zero.

It takes literally years for mastering a language, and after all this time you will still come across people that will laugh at you when you speak, which will make you feel like locking yourself at home finishing an ice cream bowl while you watch the best dramas on Netflix. Of course, it won’t help you, it is hard, I know, but so is life.

Before you all start rage quitting, I have good news for you, it was never so easy to learn languages as it is today! Yeah, despite the fact that it still demands all the old school things like Motivation, patience and big failures, we never had so much access to information as we have today!

Imagine back in some 30 years ago when people needed books to make their homework, *puff* boy please, Wikipedia. Nowadays we have so many options for online courses, some even for free, even some books can be downloaded. Besides, it is easier to find the information we need, most of the time it is completely free!!

There are many sites and apps that teach you other languages, but of course, that is not enough to make you actually learn a language well, or perhaps, takes longer than it could take.

Here are some tips that will help you learn languages faster, get more confidence and make you feel less uncomfortable in a foreigner language:

Because nobody starts learning a language today and are already capable of reading Shakspear tomorrow right? Bear in mind that a kid who is learning to speak and read starts by reading simple children’s books. So why not do the same?

Children’s books have small and simple conversations with many pictures that force you do understand what is happening. It’s a nice way to start improving your vocabulary and learn basic conversations.

One of the best ways to improve your vocabulary, really. Take small sentences or texts in the language you are learning, translate with google translator and then go word by word checking its meaning.

Of course, Google Translator still needs a lot of improvement, many languages still don’t give you the right translation, but for more mainstream languages, like English, French, Portuguese, etc, the results are pretty good.

Others, like Japanese, give in many times, a too formal result, sounding pretty odd but at least you can have an idea of the meaning of some Kanjis, etc. While in languages like Arabic or Chinese the results most of the time is pretty messed up.

Changing the language of your gadgets

You will hardly get fluent or at least comfortable in one language if you don’t literally immerse yourself in it. That’s why people do exchanges!

But as it is not always and not everybody who is able to do exchanges, there are other ways to immerse yourself. One of these ways is changing the language of all your gadgets, its easier to use them in your native language, truth, but aren’t you trying to learn another language?

In the beginning, it will be pretty hard, you will feel like smashing your head against the wall many times, but chill, its all part of the plan. That’s how you will learn that Settings in Portuguese is Configurações or that الرسائل means Message in Arabic.

Talking about immersing yourself…

Culture and language are strongly linked so the best way to learn a culture is to learn the language, the same works the other way around.

Of course, you don’t need to be so hardcore, going as far as wearing a kimono outside waiting for Manekin Neko to send you the power of Nihongojitsu. But at least try to understand cultural aspects of people, understanding the importance of religion in the Arabic world may help you to understand some Arabic expressions or the harsh past of China may teach you why the formality when they speak.

What I like to do in every language I learn is write a small autobiography, I write a example in my own language, with some details about me, my everyday routine, things that I like or don’t like, etc, and every time I learn a new language I start trying to translate the text to the new language, until I manage to translate it all without difficulty.

I keep the texts I write for the record so that later I can judge my own improvement.

Example of the small paragraph I like to write every time I’m trying to learn a language:

Hello, my name is Isadora and I’m 25 years old, I was born in Brazil, and today I live in a city called Balneário Camboriú. I graduated, and now, I work every day. I have a shop, and I like to write on my blog. I also travel a lot, I love to travel during the winter. I also love animals, my dream is to have a horse.

Keep it simple at first, and as you go mastering your language skills, you can add more paragraphs with more deep and developed information.

Of course, in every language, we have grammar rules and for every grammar rule we have an exception of that rule BUT, something interesting to do is to write 10 pattern phrases and translate them to the language you are learning, create basic phrases so you can start to analyze and understand their grammar order.

These simple sentences exposes a language a lot, it helps to understand the conjugation of verbs accordingly to the speaker, gender and number.

You can also notice if the language has auxiliar verbs and with the “the” changes accordingly to the gender and number of the object as it is the case of Portuguese, Spanish, German etc.

With these sentences, it is also easier to identify the right position of the direct and indirect object, pronouns, nouns, and verbs.

In English for example, the verb comes between the subject and object, while in Japanese the order of the sentence is subject-object-verb. This would be easily identified with a list of sentences.

You can also buy a Post It block and write a different word in each small paper. In my case I used to do that to learn Kanjis, I used to write each Kanji, the pronunciation and the meaning in a Post It, and every time I learn one, I used to take it off.

Another way you can do it is to put a Post It in some objects of the house with its name in the language you want to learn and take it off when you learn their names.

This is something that I do even when I’m just starting to learn and don’t understand anything yet. No worries, in the beginning, the important thing is to get used to the language, get used to the different sounds, pronunciation, intonation and the speed that native speakers speak.

Similar to a podcast is watching short youtube videos in the language you are learning. Thanks to the Internet, nowadays it is super easy to find native speakers YouTubers and it is great because even if you can’t understand the language, you can try to assimilate the words with what you are seeing in the videos, some YouTubers even leave subtitles available.

Of course, each person has their own way of learning, perhaps the method that you use may not be as good as for your best friend, but the important thing is to try as many ways as you can until you find one that you feel more comfortable with.

The ones I mentioned above are just some of the methods that I use when I’m learning, but of course, you should try others!

And don’t forget to comment below and let us know if you have another method or tip for learning languages, new ideas are always welcome!

Written By
Isadora
More from Isadora
PinCompartilharTwittarCompartilharCompartilhar0 Compart.There is plenty to do on a trip to Berlin. Germany’s...
Read More 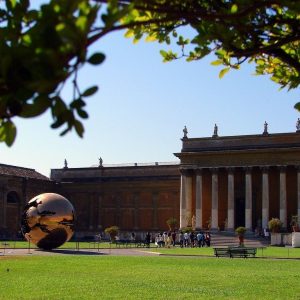